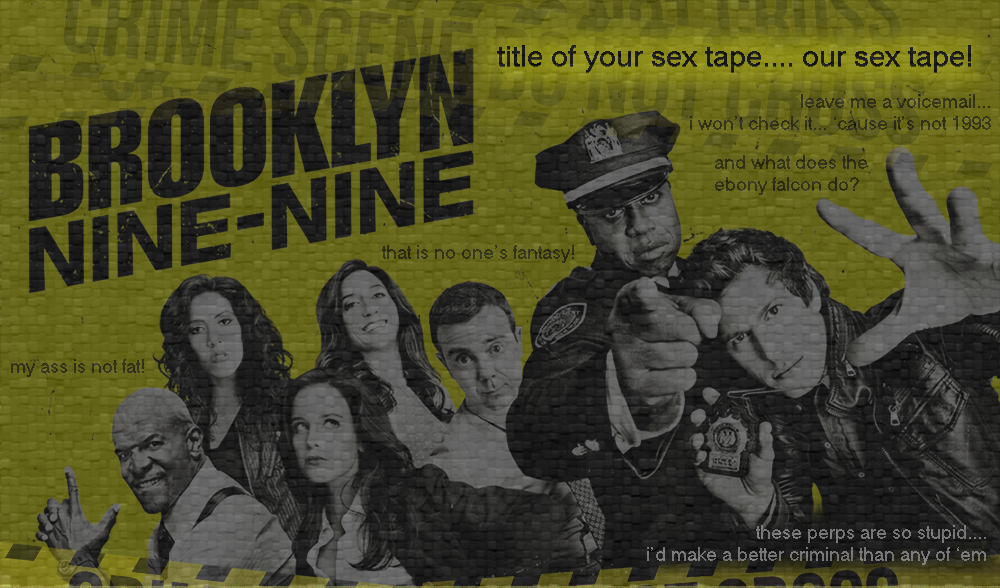 Brooklyn Nine-Nine is a comedy series that airs on NBC and is currently in it's 6th season. The show stars Andy Samberg as Detective Jake Peralta who takes a comedic and refreshing approach to his work. The show also stars Stephanie Beatriz as Detective Rosa Diaz who exudes a tough exterior and takes no crap. Terry Crews as Sergeant Terry Jeffords who works hard to keep his team in line and on task. Melissa Furnero as Detective Amy Santiago who is dedicated and looking to impress. Joe Lo Tuglio as Detective Charles Boyle who is a food enthusiast and quirky. Andre Braugher as Captain Ray Holt who is a concise to-the-point leader. Dirk Blocker and Joel McKinnon Miller as Detectives Hitchcock and Scully who seem like underachievers biding their time to retirment, but definitely contribute to their unit. And finally Chelsea Peretti as Gina Linetti who works as an administrative assistant to the team but mostly spreads her sarcastic wit about the office.

The series is refreshing and hilarious. Each episode the detectives work hard to solve cases and live their lives. The team goes through much personally and professionally. Each character contributes so much to the show that it is impossible to simply focus on one as a favorite. Together they are amazing!